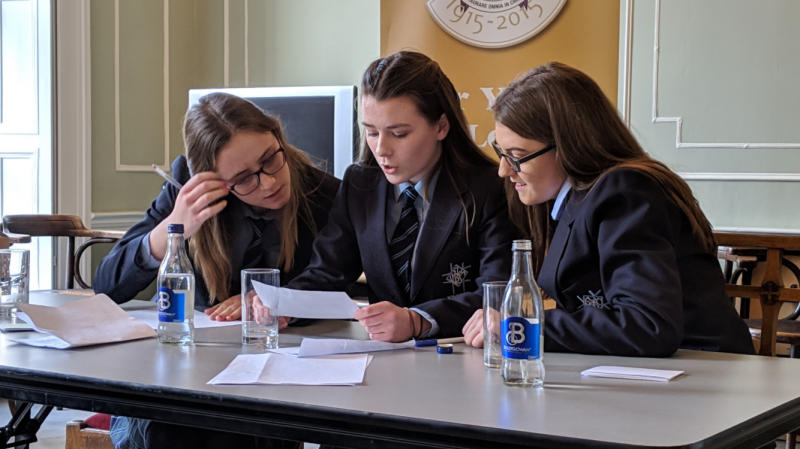 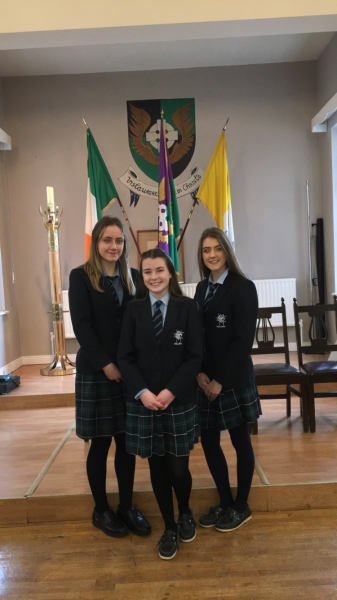 Congratulations to our Senior Public Speaking team, who made it through to the All-Ireland finals.  The team were the runners up in the recent Leinster Finals which were held in Ely House, the headquarters of the Knights of St Columbanus.

They have qualified for the All Ireland Final in this Public Speaking Competition run by the Knights, which will be held this Saturday in Maynooth College.

The title of their speech is

Best of luck to Rebecca, Martina and Rachel.