Mighty Entertainment during Killina's Got Talent!! 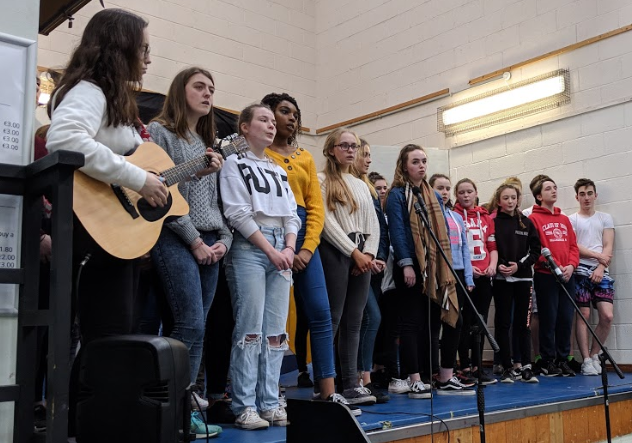 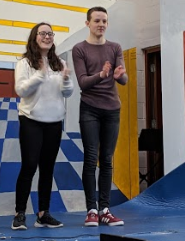 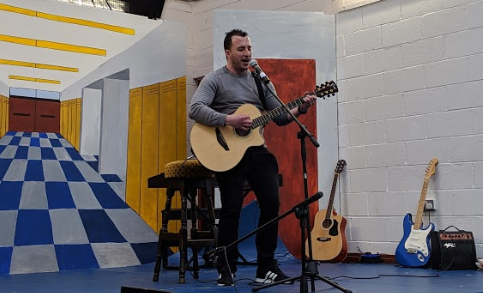 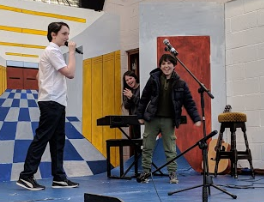 Friday morning was the turn of the teachers in the Great Killina Bake-Off.  Definitely some staff have been hiding their light under a bushel, and 11 o’ clock breaks ought to be more than just a humble cup of tea from now on.  However, one or two others maybe should stick to their original vocational calling!! Finally, the highlight of the week was the Killina’s Got Talent show, which provided tremendous entertainment as a whole host of students demonstrated musical, comic, singing and dancing skills.  Members of staff and the Student Council were the very impressed judges, and following lengthy deliberations, Finley O’Brien (2nd year)’s hilarious stand-up and impressions was voted 3rd, Mary-Ann Hughes’ cover of Riptide came 2nd, and the runaway winners were the 6th year lads Synchronised Swimming routine.  Grainne Walsh might just know a few people on the plane to the Olympics after all!!

Overall the week was an outstanding success, and a massive credit to the Student Council, Trisha McNeill, Anita Dillon, Philip Austin, Deirdre Creaven and Lynne Kennedy as the organising committee, the staff  and school management for all the hard work behind the scenes organising and coordinating the various activities. Well done to all.