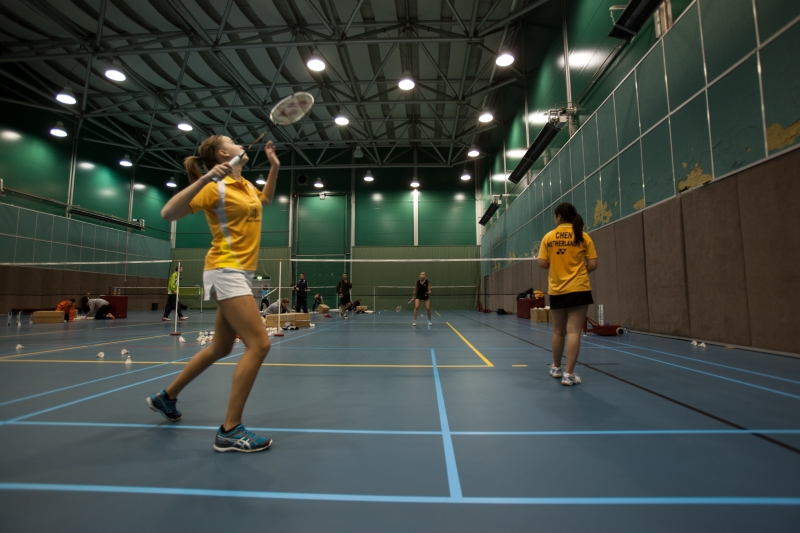 Killina U16 badminton team which finished runner-up in the
Offaly Blitz and will represent the county in Leinster Division 3 finals are Andrew Cantwell, Ciarán Clavin, Kevin Moran,Martin Looby, Johnny Minnock and Kieran Leonard.


Killina Presentation Secondary School sent two teams to the Leinster Intercounty U19 Blitz - their Senior Boys team and Senior Girls team. Last year in this same competition both had won Division 3, so both teams were playing in Division 2 this year.
The Killina boys team was John Owens, Ciarain Condron, Kevin Leonard, Conor Moran and Conor Owens. Kevin Leonard was the hero for Killina in their match against Johnstown, Co. Kilkenny. Kevin won 3rd singles 30/29. Ciarain Condron was only 1 point off winning a second game for Killina but was pipped 29/30. Killina also lost their match against Wesley with only wins for Ciarain Condron and Kevin Leonard in 2nd and 3rd singles.
The girls team was Emily White, Tara Phelan, Jessica Ryan and Abigail Plunkett. The girls played in a pool of 4 and won their first game against Kilkenny College 6-0. Their second opponent was Sutton. Emily White doubled the score of her opponent, 30-15 and Tara Phelan scored an impressive 21 against the former Leinster player. Killina’s 3rd and 4th girls lost but with scores close to their opponents. When Emily and Tara won 1st Doubles by 12 points, the match was up for grabs. Jessie Ryan and Abi Plunkett put up a ferocious fight to secure the win for Killina but fell short on points 28/30. Killina won their next match against Wesley, but Sutton won their 3 matches so were through to the final and Killina came away empty handed even though they played their best.