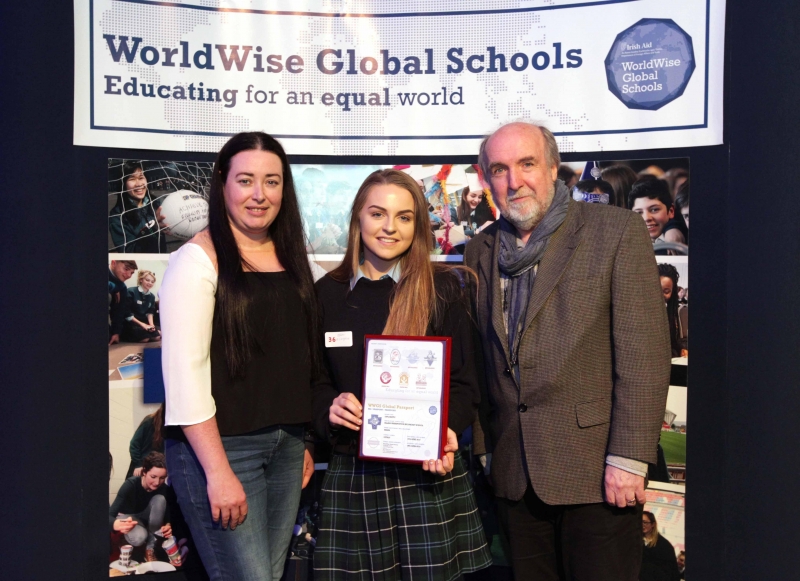 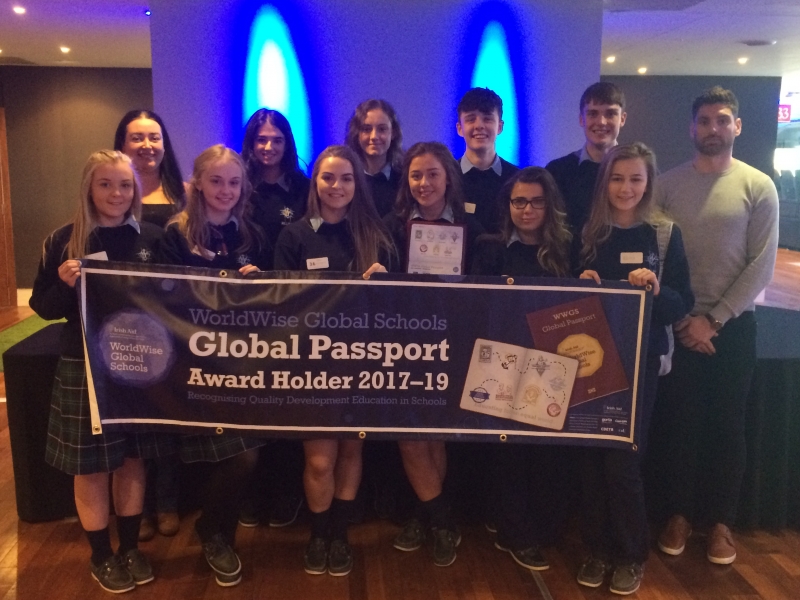 On Thursday April 27th, Killina Presentation Secondary School was presented with the Diplomatic Global passport at the annual Worldwise Global School conference in Croke Park. The Global Passport is awarded every two years to schools to recognise and validate the integration of development education in post primary schools. There are three levels of award: Citizen for emerging engagement in school, Diplomatic for establilshed engagement in school and Special for exceptional engagement in development education in school. Killina received the first passport, Citizen, two years ago and this year further work was recognised and they were awarded the Diplomatic passport.

Some of the good work recognised in awarding the passport included Killinas work on a global partnership with Mahilo School in Kaoma,  Zambia, which some students will be visiting this June. The two schools engage in joint learning with colleagues and peers through a series of projects, this year  focusing on the theme of agriculture.

The school has established a Development Education committee which is student-led with teachers providing backup and assistance as necessary. The commitee is responsible for raising awareness of development  education issues throughout the school. Killina has also managed to integrate DE into different curricular areas – for example, links between Leaving Cert Chemistry & Geography have been established regarding climate change and population densities

On the day of conference some members of the Dev Ed committee attended along with teachers, Ms. Connaghan and Mr. Austin. There they  took part in various workshops focused on the sustainable development goals. The conference finished with the presentation of the Global Passport awards.